An earthen decoction of Elderflower, Eastern Red Cedar, and American Ginseng sourced from the hills of Appalachian Ohio.

Crafted with intention by West End Distillery to paired with vinyl release of Hill Spirits, the self-titled album by Athens’ folk collective Hill Spirits, and to support the preservation of American Ginseng at United Plant Savers Botanical Sanctuary.

Elderflower (Sambucus canadensis) – The taste of early summer, and often compared to the flavor of fresh honey, the blooms of the Elderflower impart a smooth, mildly-sweet quality to a botanical spirit.

Note from the distiller, Kelly Sauber
“This unheard of foray into the use of a local Juniper species for gin-crafting is a heretofore unexplored experiment in sustainable distilling, a process we are proud to frontier to further establish the viability of the Appalachian region for uniquely and sustainably crafted spirits.”

American Ginseng (Panax quinquefolius) – One of the most prized medicinal plants in all the world, Ginseng imparts a spicy, funky, earthen pungency, and a heavenly dose of vitality to the consumer.

Description of traditional use of Ginseng in folk medicine from the UPS At-Risk List
“Ginseng has been used historically as a bit of a cure-all, but was especially common as a treatment for fevers, nausea and vomiting, as a treatment for asthma and other lung complications, rheumatism, as well as a general tonic to invigorate a patient and promote a faster recovery.”

The pastoral radiance of the harmonies and the intricacies of the music is a confirmation to the band’s elemental chemistry, attesting to the band’s inherent cohesion and the lush live sound of [their] recordings.

HILL SPIRITS are an energetic folk quintet from the fabled hills of southern Ohio. While at some points boisterously uplifting and at other times stirringly mystical, Hill Spirits have become known for their passionate live energy and wholesale love for lifting their voices in song together. Based in Athens, Ohio, the group has forged deep musical bonds over the course of a decade in a multitude of musical projects ranging in sound from psychedelic rock to acoustic to neo-soul, eventually finding home in the Appalachian folk modes of their forebearers. In the course of their work diving into the revival of both Americana and old-world folk styles, Hill Spirits seem to have found a way to communicate with other realms, creating spaces during performances that summon restless spirits to join in a spirit-dance.

Hill Spirits’ self-titled debut album is a showcase of the kind of original songs that set them apart from the contemporary folk scene. Drawing on the inspiration of characters from fable and American folk history, the album visits a grown-up gun-blazing Red Riding Hood in the bawdy “Red Rider” and an indentured Irish-American Civil War soldier in the heart-wrenching “Giving Hand”. An energized fiddle wails and reigns supreme in sentimental “Cold Frosty Mornin” and thunderous “Elzics Farewell”, and a sultry rhythmic swagger takes the reins in “Out with the Gaslamps”.

The United Plant Savers 360-acre Botanical Sanctuary sits in the Appalachian Foothills of Southeastern Ohio. Thanks to optimal soil conditions and unique topography, the Sanctuary is a refuge for wild medicinal plants which occur in abundance throughout the property. Historically known as “Paynes Woods”, what is today the Goldenseal Botanical Sanctuary has had the reputation for being the best place to collect medicinal plants since the 1900’s. The Sanctuary also offers several acres of restored prairie, reclaimed strip-mine land, ponds and fields to provide visitors the opportunity to see several ecosystems and a wide-ranging variety of herbs and trees. Over 5 miles of foot trails allow visitors access to learn about and see firsthand these herbs and trees flourishing in their natural environment.

The land is 50% mature diverse native hardwood forest and 50% fields. Extensive botanical assays have been performed to determine the resources present on the land. To date over 500 species of plants, over 120 species of trees and over 200 species of fungi have been identified. Half of the UpS “At Risk” native medicinal plants are thriving in abundance on this land. Large communities of goldenseal, American ginseng, black and blue cohosh, and grand old medicinal tree species such as white oak and slippery elm flourish in abundance. The Goldenseal Botanical Sanctuary is a living model for protecting diversity, and ensuring that the rich traditions of the North American and Euro-American folk medicine continue to thrive.

Where to Find the Gin 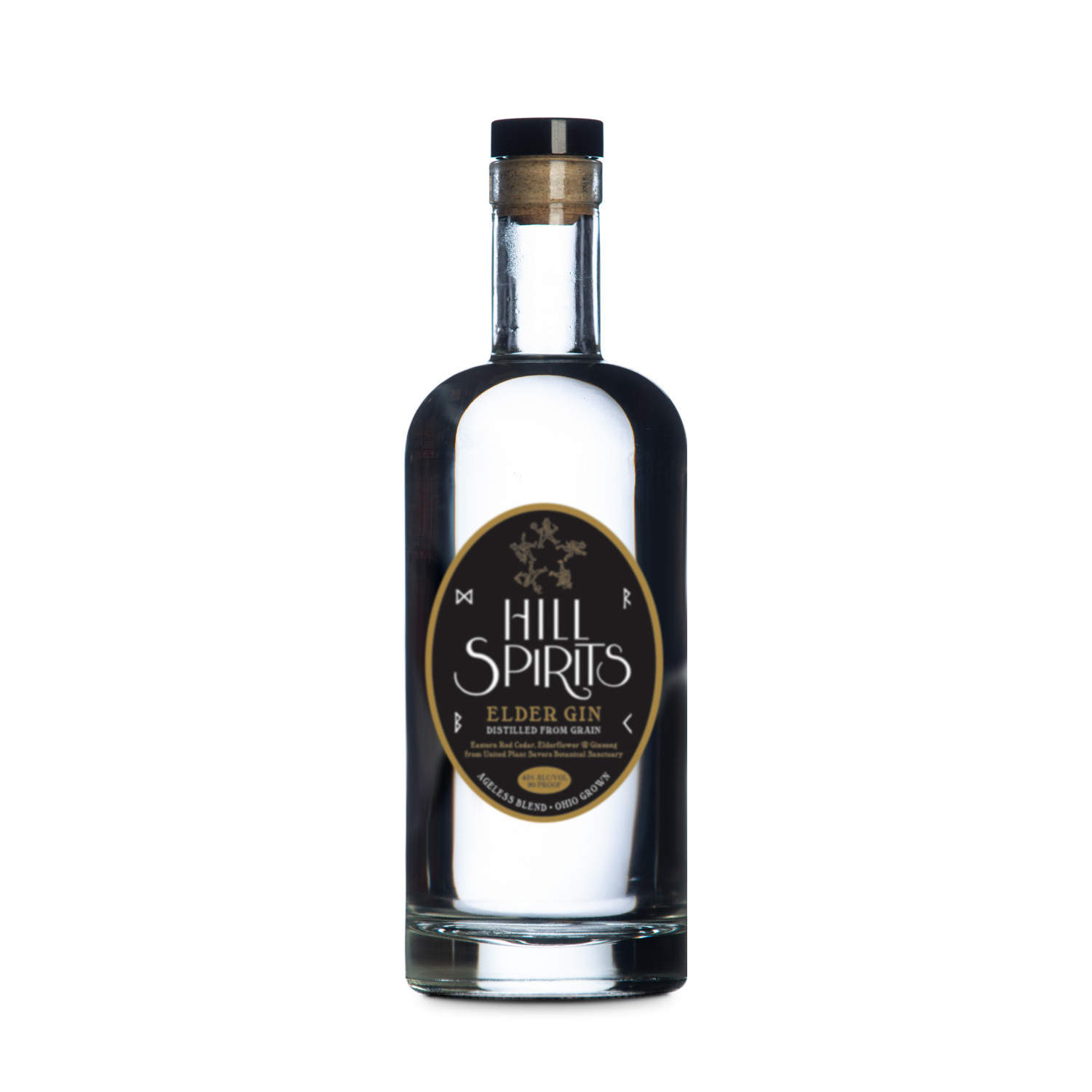 Yes! We encourage you to bring in or order deliver

One of our anticipated annual @ohiobrewweek events

Gordon’s Breakfast from (the highly appreciated

Let it rain ☔️ We have seating inside again! #